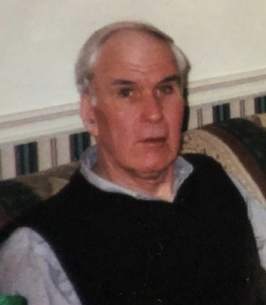 Murray, at age 89, passed away peacefully at Trillium Hospital, Mississauga, on the morning of Monday March 7th.

He was the first-born son of Cliff and Nora Stevenson (predeceased), and didn’t become an older sibling until his brother Brian (Carol) (predeceased) was born 6 years later.

He lived an active life. There were many family trips to Niagara Falls and Cape Cod and summers were spent at a cottage in Sandy Cove, Lake Simcoe and later at a family cottage in Peterborough. This is where Murray gained his abilities for canoeing, swimming and his great passion for fishing.
As a youth, Murray trained to use a rifle, and became a member of the ‘Forest Hill Police Association’s Boy’s Rifle Club.’ He won a Gold Pin award in the junior department of the Marksmen Competition, giving him the highest award obtainable of a free membership in the Dominion of Canada Rifle Association.
He thoroughly enjoyed going on hunting, camping and fishing trips with his friends, becoming a great hunter and angler over the years.

Following his mother’s death in 1991, Murray moved from his Toronto family home of 59 years, to a quaint house in Port Credit, where he later retired from his career as a Mechanical Engineer, and continued to live for over 20 years. He loved being close to the lake and all the local amenities and was surrounded by some wonderful neighbours, whom he later enjoyed as his friends.
Murray loved gardening, cooking, preserving, birds and bird feeding, walking and reading. He also had an interest in hockey and football, sports cars, car racing and car modeling. All of which he did throughout his life in a very particular and precise way.

When his two-storey house and large cottage garden became too much, Murray moved into the nearby Chartwell Retirement Home, where he relaxed through the last 8 years of his life.

Those who had the opportunity to know Murray, knew him to be a very gentle, quiet and kind man and will miss his tranquil presence.