To share your memory on the wall of Joan Fitzgerald, sign in using one of the following options:

Joan Grace Fitzgerald was born Sunday, June 13, 1937 in Lakeview (Mississauga), Ontario to Richard Lancelot Woodland Fitzgerald and Laura Winnifred Sharp. She was welcomed into the world by two older sisters; Margaret Annie (Latham/Farrows) and Viva Laverne (Kendall), both deceased, who she loved much and missed greatly in her life. Three other siblings (twin boys and a girl) were deceased at birth but often remembered.

Joan was the much loved and cherished mother of two sons: John Stowe (deceased) and Glenn Wilkinson who will miss her dearly.

Joan had a good life. She began her adult years in Toronto, Ontario but eventually moved to Brighton, Ontario where she lived for many years and was well known and liked as an employee at the local IGA. One of the highlights of her life was performing in the Edinburgh Military Tattoo in Scotland with the Ontario Massed Pipes and Drums, an experience that she spoke of often as a pleasant memory. Joan loved to knit and kept her grandchildren supplied with baby blankets, etc. for each new generation. In her later years she took great joy in visiting and sharing with her family and friends through social media.

Joan was a long-term resident at the West Park Hospital LTC in Weston, Ontario and passed away there on Wednesday, November 18, 2020 (sadly as a result of COVID-19) in her 84th year of life.

At Joan’s request, there will be no funeral. Cremation has taken place and her ashes will be interred with her sister, Margaret, at Springcreek Cemetery in (Clarkson) Mississauga, Ontario at a later date.

In memory of Joan, donations may be made to a charity of your choice.
Read Less

Receive notifications about information and event scheduling for Joan

Print
Due to the Covid-19 Pandemic and the restictions there will be no services.

Consider providing a gift of comfort for the family of Joan Fitzgerald by sending flowers.

We encourage you to share your most beloved memories of Joan here, so that the family and other loved ones can always see it. You can upload cherished photographs, or share your favorite stories, and can even comment on those shared by others.

3 trees were planted in the memory of Joan Fitzgerald

Posted Nov 25, 2020 at 02:05pm
I will remember the days she spent with us at the cottage, our lunches and Walmart trips when she was in the home. This woman always was always kind and loving to me and I did my best to do the same for her. I will miss you Joan. Love you. Hope you are with all your family enjoying another life without pain. Sandy Stowe.
Comment Share
Share via:
JM

Posted Nov 23, 2020 at 01:31pm
I am writing this on behalf of my mother Linda MacArthur. She was Joan's neighbor at West Park and considered Joan a very dear friend. My mother, unfortunately has been in hospital for the last couple weeks. I wish to extend my mother's condolences to the Fitzgerald family. I will also add that I personally will miss the hugs she gave as a thank you for the coffee deliveries that were a must when I would visit my mother. A visit would never be complete without a visit with Joan as well. Her company will be missed by everyone in the MacArthur family and again I extend condolences from us all.
Comment Share
Share via:
RS

Posted Nov 20, 2020 at 08:49pm
Joan was such a wonderful lady,I was very blessed to be joan’s friend.. My sincere condolences to Joan’s family.
Comment Share
Share via: 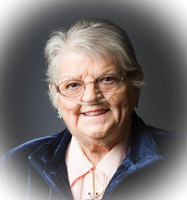 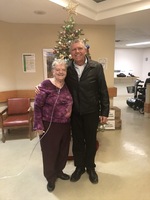 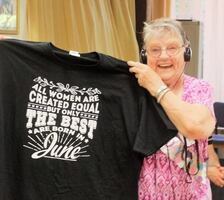